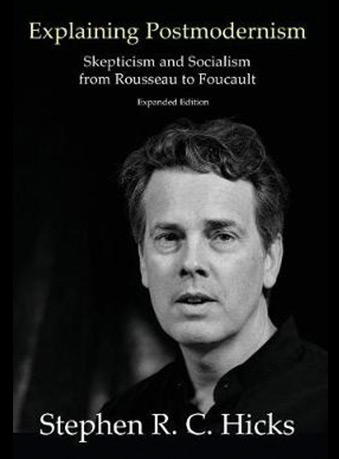 This book is top dog if you want to understand the philosophy behind one of the most vigorous intellectual movements of our time; postmodernism. Stephen Hicks traces postmodernism from its roots in Jean-Jacques Rousseau and Immanuel Kant, to their development in thinkers such as Michel Foucault and Richard Rorty.

Today postmodernism is not just an intellectual movement on campus colleges and the fringes of politics, it’s actually a powerful discourse in fields of art, literature, science and tech. Do you wonder why skeptical and relativistic arguments have such power in the contemporary intellectual world? And why there is suddenly no such thing as truth, no such thing as knowledge, instead all we have is opinions and beliefs that are subjectively held, but don’t have any objective truth? If that makes you frown and ponder, then this is the book to read.

Enjoy fresh insights into the debates underlying the furor over political correctness, multiculturalism and the future of liberal democracy.

What You Can Gain From Boxing

A bootstrapping way of life