4 Tips to Spot the Northern Lights

With 4 tips to spot the northern lights, and the uncontrollable on your side, you will most likely be able to gaze what people from all over the world are dreaming of experiencing.

The northern lights, also known as Aurora Borealis, is a scenic marvel. Easily explained, the northern lights is a light phenomenon that occurs when electrical particles from the sun collide with the earth’s atmosphere. You can think of it as a celestial ballet of lights dancing across the Arctic sky. The hues are bright green, with hints of pink at the edges and a deep purple core.

Mother Nature’s wonders are often located on tropical islands far far from main land, but this magical light show belongs to the coldest parts of the world. The northernmost part of Norway is actually one of the best places on earth to watch the spectacular light show. Here you will get 4 tips to spot the northern lights in Norway.

This winter wonder is one for the books! 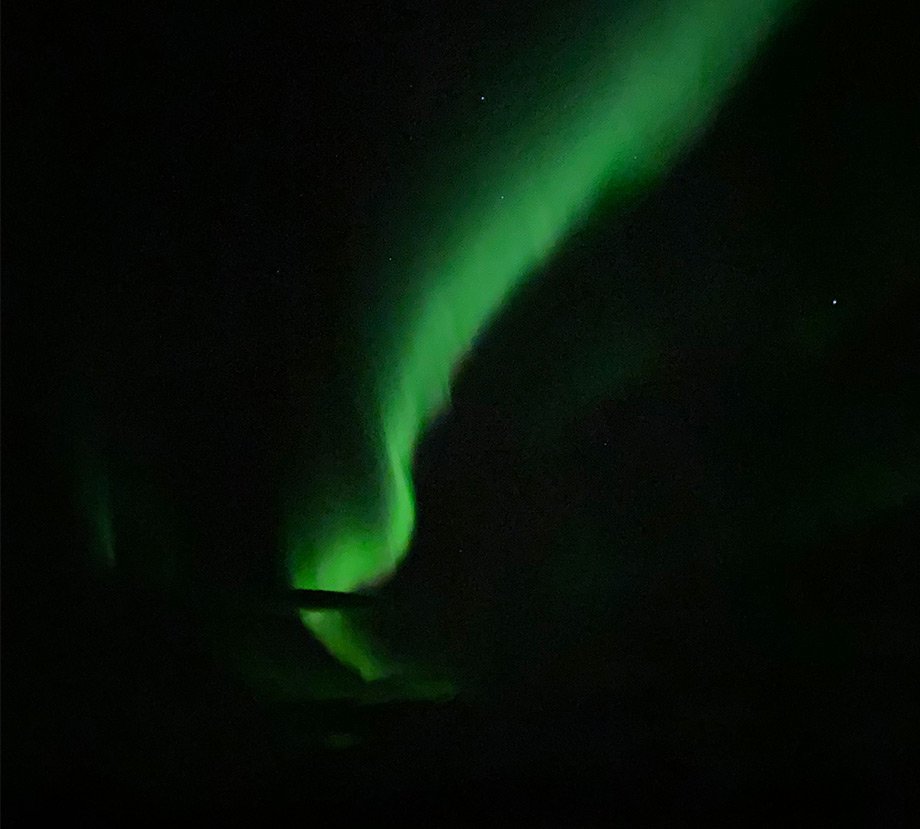 From late September to late March

The period between late September and late March is called the polar night or time of darkness. During this time the sun disappears for some time, and it is dark from early afternoon to late morning. This is the absolute best time to experience the northern lights. Aurora Borealis is actually present around the clock and throughout the year, but humans are not able to view it during the day and in the summer when it is too bright.

Stay for more than a weekend

Just because you travel at the right time, doesn’t mean you will be certain of spotting the Arctic phenomenon. The weather Gods tends to do their own thing, regardless of your plans. So, to increase your chances I highly recommend staying for longer than a weekend. If you are able too, that will almost ensure that you get a glimpse of the spectacular light show.

I speak from recent experience, November 2020. We decided to stay for one week and got to experience Aurora Borealis two nights. Many of the locals I talked to said that we were lucky, because at that time they hadn’t seen Aurora for two weeks. 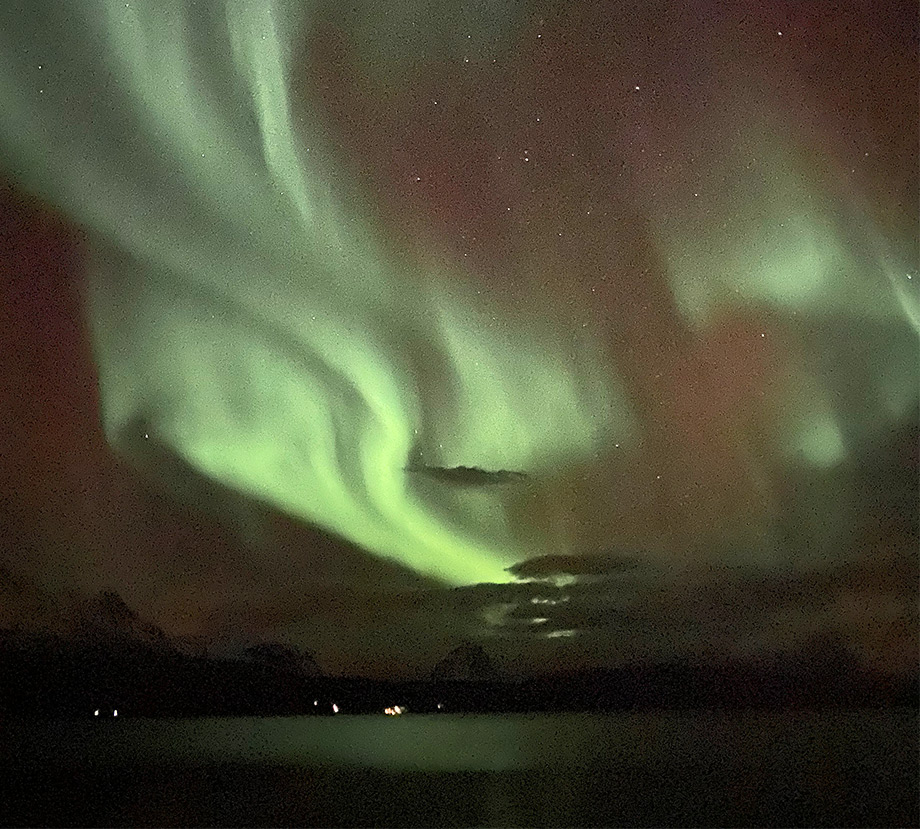 Best Weather and Time of Day

One of the most important factors to consider when you are hunting for the northern lights is the weather. The northern lights are about 80 km ++ above the earth’s surface. To put it in perspective, the highest clouds we humans see are not farther up than 5-10 km. Therefore, the sky must be cloudless or partially cloudless for us humans to be able to spot the northern wonder on the Arctic sky.

One of the best tips I can give to spot the northern lights, is to download My Aurora Forecast & Alerts. This app will tell you everything you need to know about your chances hour by hour, the cloud density and the longterm forecast in your location. 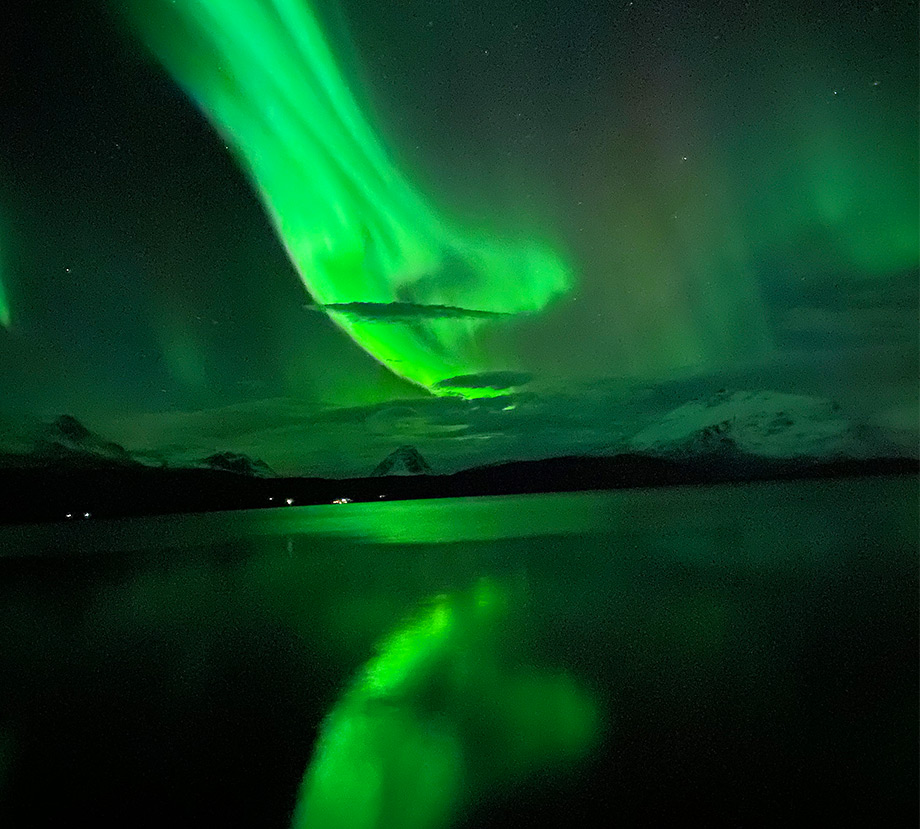 Search for places outside the city center

You can’t control the weather, but with an app that lets you know the forecast hour by hour, you will be able to plan and hopefully gaze the magical Aurora Borealis. Then it’s all up to you to find the perfect location for the light show.

It is not optimal to spot the northern lights in cities and towns with intense street lights, car lights and residential lights. Even though Tromsø will have some gems just outside the city center, your best chance is to search for places with the least possible artificial light. Ideally, tiny villages by lakes and mountains, where the only thing lighting up the roads are plow edges with reflex.

We stayed in Sjøvegan, about 3 hours from Tromsø. This is a perfect base for northern lights hunting, with surrounding mountains and a quite large lake. In the center of the village you can walk out on the breakwater and experience almost total darkness. The perfect vista when the spectacular light show appears on the Arctic sky.

“Two things incline the heart to wonder;
the moral law within and the starry sky above.”

in partnership with Skoorsteenberg Farm & Cottages

The most elongated beaches in the world

Things to do in Northern Norway

The Divinity of Cenotes