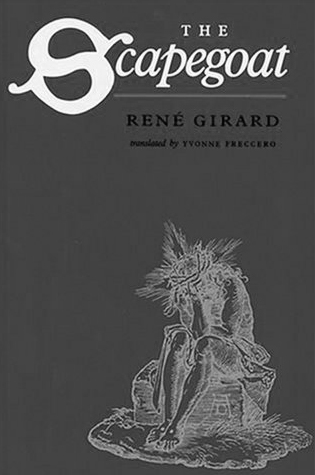 René Girard is widely regarded as one of the most profound critics of our time. In the book “The Scapegoat” , Girard explores various literary and historical scapegoats while describing culture as a result of human desire and rivalry. He puts forward the idea that it is the need to imitate others that creates the fundamental conflicts in society, and that the scapegoat mechanism prevents society from disintegrating. “The Scapegoat” is more than an overarching cultural theory of our time. It’s also a scathing critique of relativism and deconstruction on the one hand, and analytical philosophy on the other.

“In medieval society, people were so fearful of the plague that just the name was enough to scare them. Therefore, they avoided uttering the word for as long as they could, and they also avoided taking the necessary precautions, so the consequences often became even worse. The feeling of powerlessness was so great that acknowledging the truth did not mean facing the danger, but rather surrendering to the unpleasant consequences and saying goodbye to everything reminiscent of normal life. Entire populations could easily be blindsided in this way. The desperate desire to deny the obvious provided fertile ground for the pursuit of “scapegoats.”

René Girard is a French-born American historian, literary critic, and philosopher of social science whose work belongs to the tradition of anthropological philosophy. Girard is the author of nearly thirty books, with his writings and influence spanning many disciplines such as literary criticism, critical theory, anthropology, theology, psychology, mythology, sociology, economics, cultural studies, and philosophy. He’s fundamental ideas are that desire is mimetic (all of our desires are borrowed from other people), and that all conflict originates in mimetic desire (mimetic rivalry). Furthermore the notion that the scapegoat mechanism is the origin of sacrifice, and the foundation of human culture. And that religion was necessary in human evolution to control the violence that can come from mimetic rivalry.